The Science Behind Tissue Culture 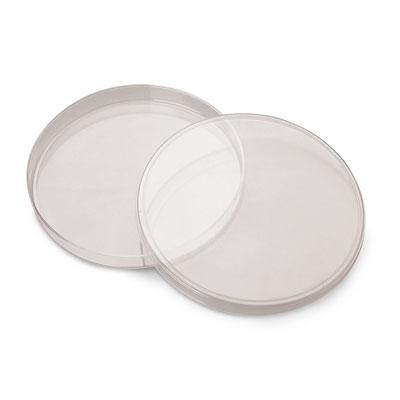 The term Tissue Culture may not evoke the most exciting of visions as a scientific pursuit, but the reality couldn't be more different. Think of scientists working in labs, coaxing life in Petri dishes from a few cells, and you begin to have a glimpse of what tissue culture is all about. When you are growing tissue or cells separately from the organism where they originated, that's Tissue Culture. The growth is usually promoted by using a growth medium, such as broth or agar. Tissue culture, a term invented by an early 20th century Midwestern pathologist, revolves specifically around the growth of animal and cell tissues. Plant tissue culture refers specifically to plants.

The science of biology has its origins in the early scientific work of two centuries ago. It began with a German zoologist named Wilhelm Roux, who removed part of a chicken embryo and kept it alive in saline for several days in 1885. Next, another zoologist grew nerve cells from a frog embryo cell set. By the 1990s, regenerative tissue replaced a small piece of a urethra and mammalian embryonic stem cell growth was developed. The same principles applied to plant tissue culture, where it was posited as early as 1902 that every plant cell had the capacity to develop a whole plant.

How Cells are Cultured

Cells are cultured in single layers on a glass or plastic surface or suspended in liquid. To get the culture going, it must be incubated, in a temperature that matches the usual conditions for the cell. The cultures have to be grown in a sterile environment to avoid contamination. The primary cultures come from normal tissue, and they can multiply for 40-50 generations before dying. Established cultures, on the other hand, can live indefinitely. However, like primary cultures, they can mutate, so cells from different labs have to be verified through a DNA profile.

The Many Uses of Cultured Cells

Cells in tissue cultures have all sorts of uses for experiments. They can be used to test drugs, viruses, diseases, and possible cancer-causing chemicals. By running experiments on cells, scientists can learn what their properties or functions are under different conditions.

These experiments have resulted in discoveries about everything from the most basic cell function to tackling more complex issues like aging, viral studies, cancer, and more. Tissue culture has been especially helpful in developing vaccines for infectious and hereditary diseases and in matching potential organ donors and recipients, as well as conducting chromosomal tests to detect Down's Syndrome in a fetus during pregnancy. In the plant world, tissue culture has been used to develop heartier crops.

Tissue culture is a vital tool for the study of the biology of cells from multicellular organisms. It provides an in vitro model of the tissue in a well defined environment, which can be easily manipulated and analysed. The opportunities for discovery and development are really limitless. While the studies involved in tissue culture has been controversial since it origins, there is no doubt that the benefits to human and plant biology have been incredible and the future possibilities of tissue culture are something to ponder, indeed.

For a wide range of the best and most affordable tissue culture equipment and instruments, visit Next Day Science.