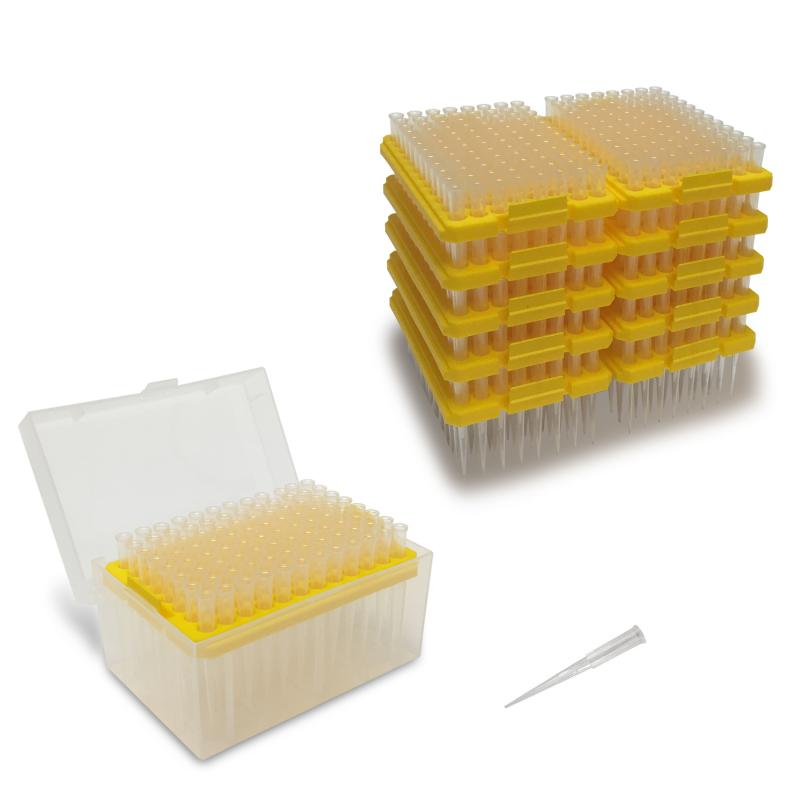 Sample prepping gets better all the time – cleaner, faster, and cheaper. One of the reasons for better speed and cleaner sampling is the arrival of disposable polypropylene pipette tips, that you throw away after a single use. These really lower processing time, and they do away with any fear of cross-contamination.

One of the old bottlenecks in laboratory processing is solid-phase extraction. It’s entirely possible to use disposable tips for this too.

Is it right for your lab?

Here’s an overview of what the latest separation-science literature says.

The general idea in disposable-tip extraction is that you’ve got a tip with sorbent in it, either powdered or dispersed between two disks, or ‘frits’, as they’re called, which allow bidirectional fluid flow but prevent contamination of the syringe. You can get reversed-phase sorbents, for non-polar to medium polar compounds, you can get strong cation exchanger sorbents, and weak anion exchanger sorbents, and so on.

Pulling the conditioned sample into the tip causes dynamic mixing with the solvent, and rapid adsorption equilibrium between the solid phase and the analyte. After that, you do a washing step to get rid of interferents, and then you aspirate with an elution solvent, to stop the sorbent-analyte interaction. And then you have an extract ready for chromatography.

It’s a nice system, because it’s very simple, and very fast, and you don’t need much by way of sample or organic solvent. You get a very high recovery, too, so it’s efficient in that sense. The whole process is easy to automate, as well, even to the point of injecting into your chromatography system.

Since using disposable tips in SPE is still fairly new, it can be a little pricey compared to the traditional way of doing things.

Still, it’s caught on, widely. Disposable-tip SPE is being modified these days for enormously different applications. We know of one team using it with a reversed-phase mode and gas chromatography and mass spectrometry, with electron capture and nitrogen-phosphorus detectors to look for pesticide and fungicide residue in fruits and vegetables. Compared with the traditional solvent extraction method, their mean recovery values are a good 10% higher. Sorbents are being modified, too. A recent paper describes a method containing MgSO4, primary-secondary amine and graphitized carbon black and GC-MS for finding leftover pesticide in bean products. Extraction is very fast, and easily reproduced, and it yields enormously high recoveries.

Literature shows that disposable tips are in wide use in environmental analysis too. One paper reports disposable tips with C-18 sorbent for finding palladium in high-level liquid waste. This team doesn’t bother with a conditioning step, and they elute with plain old methanol. Another paper describes analysis of polychlorinated biphenyls in fatty extracts from fish and chicken. Recovery rates range from 85 to 123%.

In forensic toxicology as well, we find numerous ways in which disposable tips are used in sample preparation. There’s one that finds THC and metabolites in blood and urine. There’s another, using a modified cation-exchange and reversed-phase sorbent that’s in use for finding amphetamines, opiates, and cocaine and its metabolites. Recovery rates for this team are, again, demonstrably better than what they had been using.

The advantages of traditional solid-phase extraction is that set-up is quick, the material is readily available commercially, there’s a relatively low risk of sample contamination, and you get a high recovery of analytes. It’s also easy to automate. The disadvantages are that you need a lot of solvent, and the extraction takes a long time.

Disposable tips, by contrast, though they’re pricey, and don’t exist in great variety (yet), use very low volumes of sample and organic solvents, they involve much less extraction time and sample manipulation, their recovery rates are very high indeed, and overall, they’re highly efficient, and can also be automated.

It’s hard to think of really compelling reasons not to move to disposable tips.