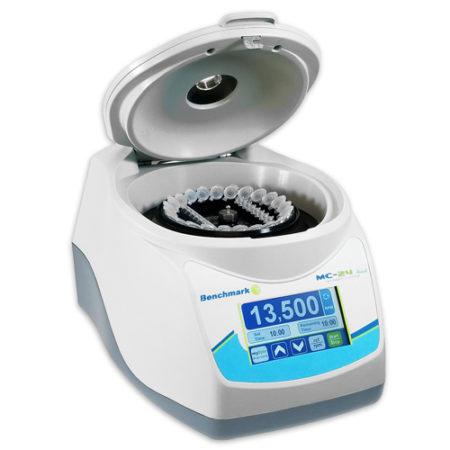 The first centrifuge was built by Alexander Prandtl in 1875 as a mean of separating cream from milk. Since then, the laboratory centrifuge developed to be a principal tool in scientific and clinical labs.

The Centrifugation concept and applications:

When an object is put in rotation around an axis, an outward radial force is applied on it. This centripetal force is used to accelerate Sedimentation, a process where denser particles move faster to the bottom, or in a centrifuge, towards an outward direction. This principle is used for several different applications in the modern lab, with the purpose of separating different constitutes within a solution: